As I showed you in the market lesson, the market moves in waves, as a whole, and on all other levels as well. It moves like the oceans, it ebbs and flows. All moves on a chart consist of shorter counter-moves. 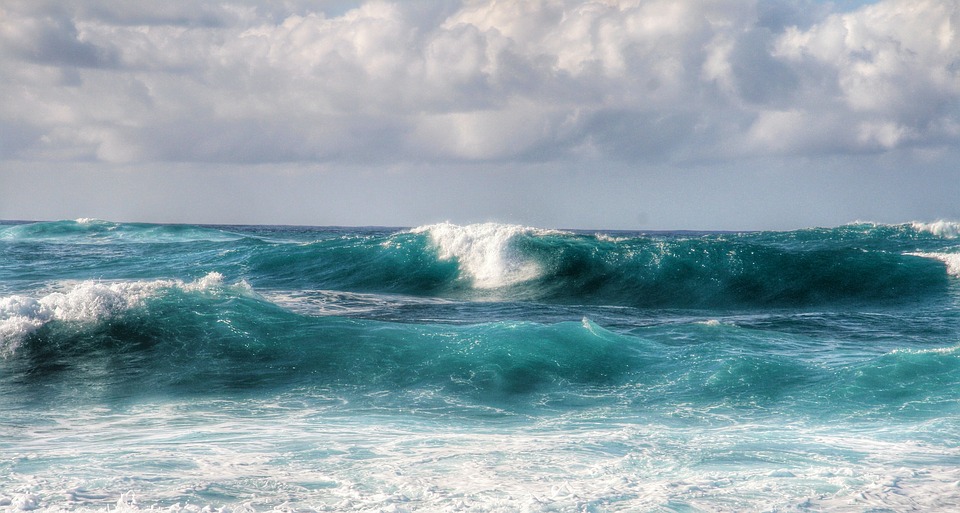 As I said earlier, these 2 directions of the market are basically caused by psychology: greed an fear, called FOMO and FUD among crypto traders. Traders just want to lock in some profits, in case the market turns against them. This causes the short lived counter-moves, after which the trend often continues. So there are basically two kind of directions in the market.

As is shown in this chart example: 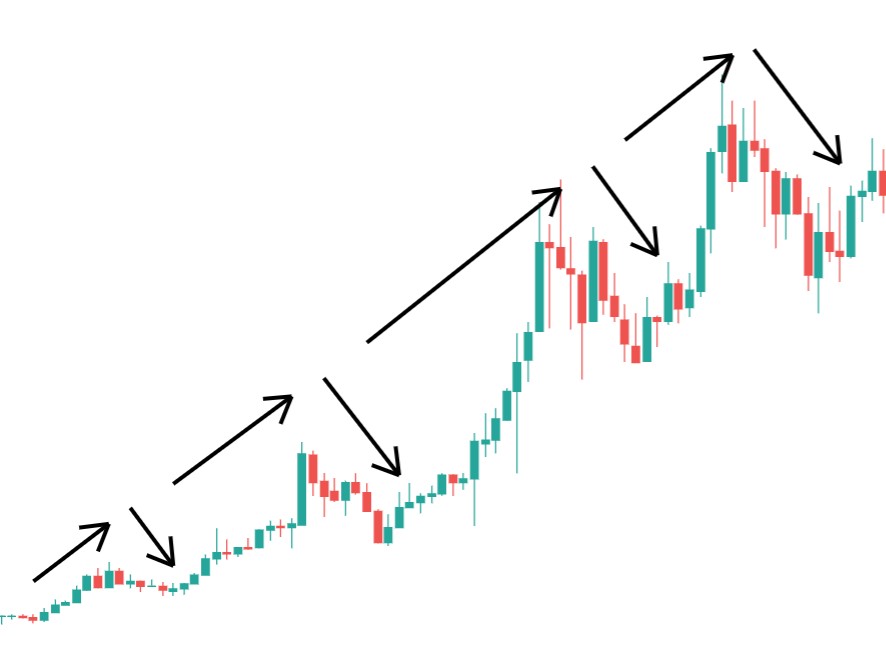 “what goes up must come down”

When traders talk about waves, they often mean “Elliott waves”. Elliott Wave Theory was invented by Ralph Nelson Elliott.
It is beyond the scope of this lesson to go into Elliott Wave Theory in full-scale. But this will give a novice trader a very good starting point. I will give you a broad overview of the theory with some examples. But realise this is a very detailed and rich theory.

As said earlier, the waves in the market coincide with the greed and fear of traders and investors. This was also Elliott’s proposal. Elliott developed the idea that markets weren’t random, but that they behaved in patterns. Mass psychology occured in the same patterns as the patterns he could distinguish in the market. Next to that he found out the patterns were recurring and happened on all timescales, it was fractal in nature.

Traders often like to use Elliott waves, because it gives them a clear framework to work with. And it gives them a tool that helps predict tops, bottoms, highs and lows in a trend.

The Elliott Wave theory states that there are two types of waves:

The impulse wave consists of five price movements. Three waves in the direction of the trend and 2 in counter-trend waves. Below an example of an impulse wave in an uptrend (left) and a downtrend:

According to the Elliott Wave theory, the impulse waves must be followed by correction waves. These are waves that move against the dominant trend. Elliott uses the scientific principle “what goes up must come down.” Usually the correction waves will consist of three waves and are labeled as A, B and C. 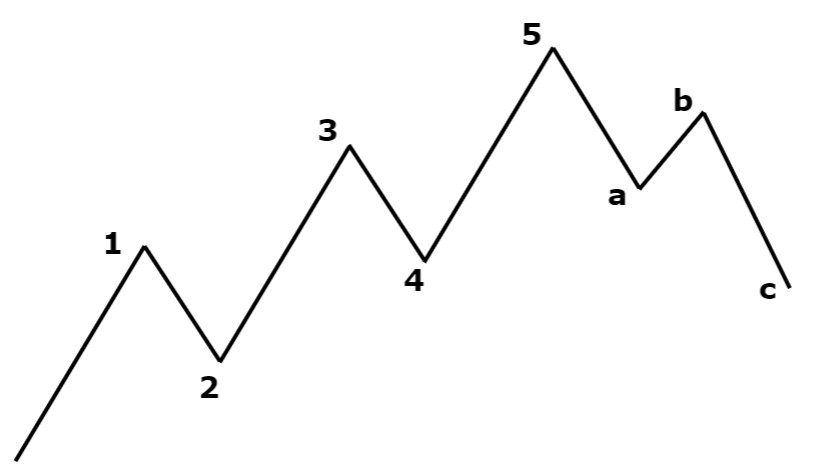 The counter-trend abc move consists of 2 impulse waves (down) a and c, and 1 correction wave (up) b.

Below I will give a more in-depth look into the 5 waves in an impulse move:

When a new trend begins, at the first impulse wave (1), it is often not yet obvious you are in a new trend. As many traders are more conservative, they don’t just buy the break-out, but await the first retest of the previous resistance as support. That’s why most trends gain more momentum and volume after this.

Wave 2 is the correction of wave 1, it can never retrace beyond the starting point of wave 1. Many traders are still hesitant, and wait for confirmation of the new trend. You should see that volume is lower than in the first impulse wave (buyers are dominant). Wave 2 usually does not retrace further than 61.8%, a Fibonacci level. More about Fibonacci retracements later.

Elliott Wave Theory states that usually wave 3 is the largest wave. It is the wave with the most strength, as most traders have entered the market after the first retracement (wave 2). The majority of the crowd has entered by now, especially when wave 3 breaks above the top of wave 1, as the SL orders (of the shorters) above wave 1 will be bought back. Wave 3 is often larger than wave 1 with a ratio of 1.618:1.

Wave 4 is another correction wave, but volume is well below that of wave 3. Wave 4 often retraces less than 38.2% of wave 3. This is another good entry into the trend, as you expect the 5th wave up. This is often a good location to enter a mean-reversion setup.

Wave 5 is the final wave in the direction of the dominant trend. This is when the news has also picked up the momentum, and many unexperienced retail traders enter the market, even though momentum is clearly decreasing. That’s why people say “buy the rumor, sell the news”.
Volume is often lower than in wave 3. And although price does make a higher high, momentum often fails to do so, signalling a “divergence”.

Traders prefer to enter in an early impulse wave, and exit after the 5 wave structure is completed.

As said the Elliott Wave Theory is fractal in nature. It occurs at all timescales. Elliott identified nine types of waves, which he labeled as follows, from largest timescale (higher degree) to smallest timescale (lesser degree):

There are 5 different kind of correction patterns:

A zigzag formation is a formation that consists of 3 large waves each consisting of a number of smaller waves.

The second correction wave is the Flat. A Flat is a combination of lateral movements that usually have the same length.

The second correction wave is the Flat. A Flat is a combination of lateral movements that usually have the same length. Below examples of bearish and bullish symmetrical triangle patterns:

There are also ascending, descending and expanding versions btw.

Because the counting of waves is a very subjective method, there are three rules that you must take into account if you use the Elliott Wave Theory:

If these rules are broken we have an “Elliot Wave failure”
Means we don’t really have a true Elliott wave pattern.

Here an animated example, of an Elliott wave pattern on the BTC chart: